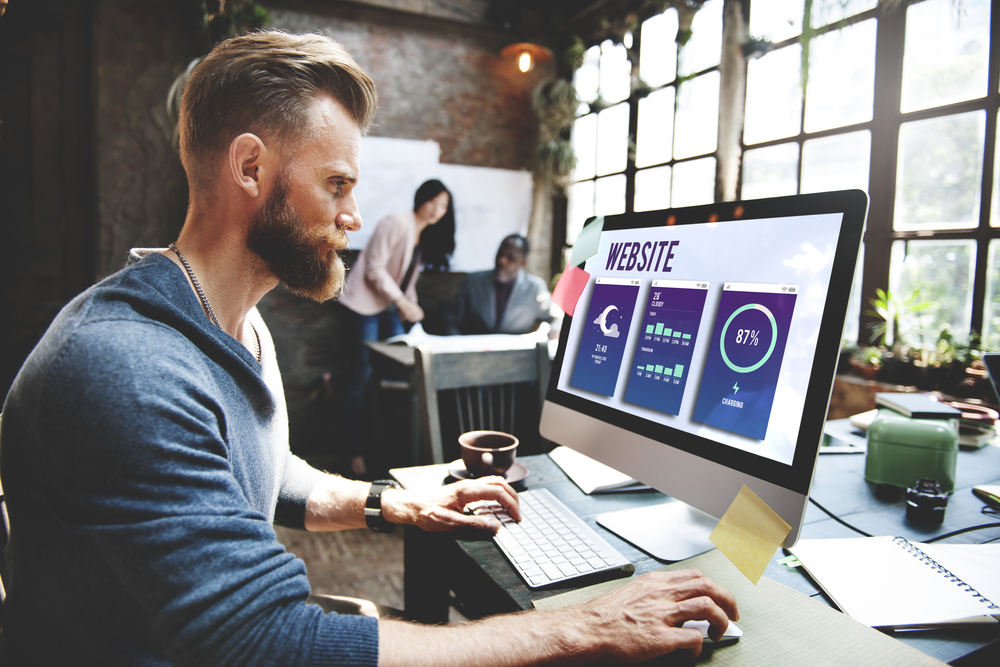 One of the most difficult tasks in the creative process is to look at a blank page, and wonder at what you’re going to fill it with. This isn’t made easier by the fact that writing code from scratch can be laborious, confusing and just plain difficult!

Naturally, we like to think that PSD to HTML conversions are the best answer. Read on to find out why we think it could work for you, whether you’re new to coding, coming back from a break, or if you think you know everything there is to know and more about making websites.

PSD to HTML conversion is great for beginners

Coding can be loads of fun, but it’s a long and frustrating road. Many industry professionals today were born and raised in the earlier days of the internet, and they’ve learned more and more since then. The new kids, although they haven’t been around so long, more often than not have learned their trade through college and extensive practice.

Please don’t take any of this as discouragement- but it’s a tough ask for somebody completely new to coding to get up to par. Writing code for a website from scratch is fun and immensely satisfying, and makes for a great hobby. And if you have the time, and patience, then after a while you can make whatever you want!

But if you want a modern, responsive web page with dynamic features (which you probably do) then you would have a lot of learning to do before you could make that yourself. The basics just aren’t enough these days, and writing your own simple HTML markup just won’t be enough to make the beautiful interactive site you have in mind.

A decent Photoshop, on the other hand, is much easier to put together. If you want to make the best, most convincing Photoshop pictures (think movie post-production!) then that’s another thing altogether. But for a website design, it couldn’t be much easier to throw it together and get it looking good. And then it’s as simple as having somebody convert it from your Photoshop into working, interactive markup.

It keeps your website up to date, sleek and stylish

Are you not a complete beginner, but maybe you haven’t coded in a few years?

Well, there have been all sorts of new languages and guidelines created that you might have missed out on. You’ve probably heard of HTML5, the current version of the HTML standard. It was released two years ago now, and although it is of course based on prior versions of HTML, there are all sorts of new features that you won’t be familiar with. There are new elements for video and audio which let you easily embed multimedia into your web pages, as well as lots of new page structure elements.

HTML isn’t the only language that’s changing and evolving, though. New takes on Javascript are becoming more and more popular. AngularJS, for instance, was first released in 2010 but is getting pretty popular right now, used for creating simple one page applications. It’s based on Javascript, but has a much steeper learning curve! ReactJS is another Javascript library which is hot at the moment, and was actually developed by the same people behind Facebook. It’s used on Netflix, as well as big name brands like Walmart.

We can save you the trouble of having to learn any of these new languages from scratch. It’s entirely possible that some of the things you would love to do can be done in these languages, but can you really find the time to learn how to do it? Trust us when we say it would take an awfully long time.

Using a PSD to HTML service means that you can create your vision now, and maybe give yourself time to get up to speed- taking the pressure off you. It means that you don’t have to worry that you haven’t kept up to date with all the new sorts of features you could implement, especially because you don’t want your new website going out of fashion almost as soon as you’ve made it!

If WYSIWYG (‘what you see is what you get’) editors did what they said on the tin, they would be the best thing since sliced bread. Essentially, a WYSIWYG editor is a piece of software that you can use to write code, not by hand, but by designing the layout manually and having the editor write the code for you. Sounds great, doesn’t it?

What a lot of people may not realise when they first start making their website with a WYSIWYG editor is that while the front end might look good, the actual code used really isn’t up to par. Often it won’t meet the established standards of good code (i.e. the W3C standards), so that if you want the code behind your website to be efficient, you’ll have to go in and edit it yourself anyway. Besides this, the pace at which new languages are being created and explored means that the WYSIWIG editor is probably out of date, so that you have to write half of it yourself anyway.

If you convert from PSD to HTML, on the other hand, when you get back your finished code it will look exactly how you intended in the first place.

It puts an end to micro-adjustments once and for all

Let’s say that you know everything you could possibly need to know about coding your new site. You’re going to give it a go, and code it yourself.

Well, one thing you’ll know all about is having to code for the various internet browsers on the market today: what works for Google Chrome doesn’t work for Internet Explorer, and vice versa. If you don’t feel like putting in the work, then PSD to HTML conversion is always an option.

And when you do dive straight into trying to code your wonderful vision, do you ever get frustrated that it’s not exactly how you’d planned to begin with? Of course you do. We all do. Sure, you can create something that looks good… But is it a compromise? Is it exactly what you’d envisioned?

Not to mention that even to get it to that point, the amount of mini-fiddling that you have to do to get it just right really isn’t worth the time invested. Maybe the borders around one particular section are too thick, and stick out like a sore thumb. But when you change their width, the title jumps out of place, the text starts looking funny too, and the entire section pops out of where it should be. It can be a real nightmare, and it’s one that we’re all to familiar with.

Starting with Photoshop means that the days of fiddling are finally at an end. Converting PSD to HTML guarantees that the finished product is identical to your image, without the need for extensive edits.

It’s as easy as anything to make use of Photoshop

When you’re thinking of your next website, and you imagine something beautiful- a moment of inspiration!- are you thinking of the image or the code behind it? Of course, you’re thinking of something you can see: an innovative design of some kind. Unless you’re a true genius and you think in code. So what should your first thought be? Bring that picture to life, and make it your own.

It makes so much more sense to start off by trying to visually recreate what you were thinking of. You can edit your idea directly, to the point where you have it exactly how you want it. Photoshop is a great medium for that, with endless tools you can use to get your idea on paper.

First, it has a relatively simple interface for a program that can do so much. There are endless guides in paper form, but most importantly online that you can use to make expert level imagery. Moreover, there are a multitude of online communities where you can get an answer to pretty much any question you might have. These factors all make Photoshop a great place to start for beginners, and the level of detail you can go to with the multitude of tools on offer make it a great choice for experts too!