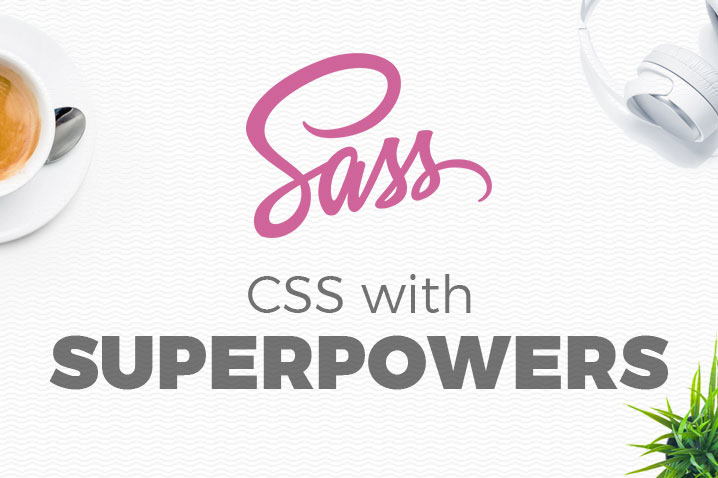 If you are looking for ways to use SASS with Bootstrap read on, you will find below a simple guide to accomplish that.

SASS and LESS are tools that greatly enhance CSS development and are extensively being used by development agencies and corporates for dynamic UI integrations.

SASS, a CSS preprocessor brings real language features to CSS such as variables and mixins (functions) which result in clean, extensible and reusable CSS codes.

Bootstrap4 being a popular open-source framework, provides complete pre-built SASS preprocessor. It allows developers and users to easily build and customize an UI.

Bootstrap utilizes source SASS files to take advantage of variables, maps and mixins besides others.

We don’t need to edit/modify Bootstrap’s core files. For SASS, modifying core file means creating your own stylesheet that imports Bootstrap so you can modify and extend it. We recommend using a package manager like npm, which provides file structure that looks like this:

If downloaded from bootstrap source files and not using a package manager, we need to manually setup the structure, keeping Bootstrap’s source files separate as below:

Custom.scss, will be the file where we will import Bootstrap’s source SASS files. We can accomplish this in two ways:

1. Using @import for the entire Bootstrap

2. Using @import to pick the parts you need from Bootstrap 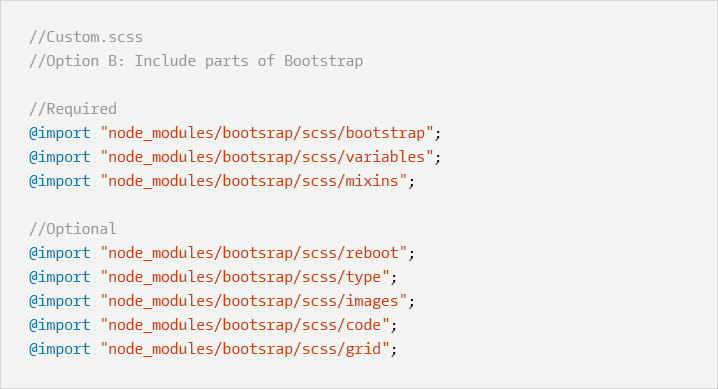 With this setup, we can begin to modify any SASS variable or map in the custom.scss.

FEATURES of SASS with BOOTSTRAP: